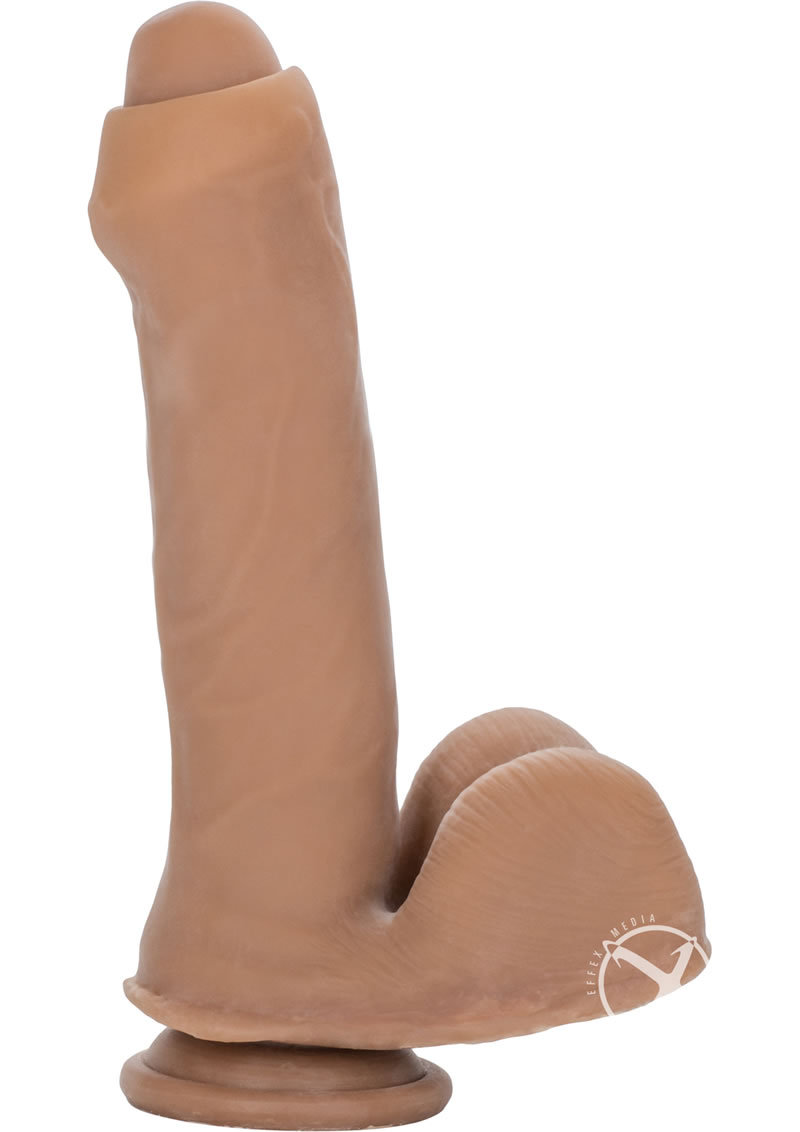 I was pretty excited walking out with this one. Little patience and lubed it works fantastic. Great toy for a friend to join...

When I was purchasing this, I was hoping that the entire foreskin would move realistically, which it doesn't. But I thought, "that's fine. It'll still feel good." But then I discovered that when inserted, the "foreskin" will bend backwards and fold under itself, creating a really painful lip. So, that isn't super great. It will eventually fix itself but when I first tried it I was really concerned. Other than that, the size is pretty nice (way thicker than I imagined it to be, especially where the foreskin is). But my long distance, un-cut boyfriend loves seeing me suck and fuck this, so it's definitely a lot of fun.

How many dongs do you have that have a foreskin? Me either! This uncut dick does the trick you need to feel the tip satisfy your lust for penetration!

Never had more sex fun lately. Rode this huge sucker all night long when i first got it. Amazing feel and material, totally feels like the real thing

Everyone in Sweden, as far as i know don't have circumcised penises. Took me back to my youth when fooling around was a weekly thing. Feels exactly like the real thing and fills you up to the brim which i love. Great price too for such a well made, durable sex toy!